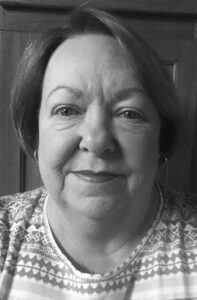 On my 60th birthday on September 12, 2012, I received a call from my cousin who had a secret she thought I should know about. Her adopted daddy was my daddy’s brother and her mother was my mom’s sister. We’d grown up together. She told me she overheard her mother and my sister talking about my daddy, and they weren’t talking about the man I had always known as my dad. She couldn’t make out his name, but she said I should talk to my sister.

I really wasn’t surprised, because I had asked my mother many times over the years if I was adopted and she’d always said no.  I decided to ask my mother’s sister Myra, who also said it wasn’t true. Then Myra turned around and called my sister so she could be ready with a lie when I called with the same question. They were coaching each other on what to say to me.

For my 64th birthday, I asked my daughter for a DNA test as a present. When my results came back, there were no matches with my dad’s name, Wiley. Nor were there any  Gaylors—the man I thought could be my biological dad.  After my results, I still had no idea who my biological dad was.

I went to Milwaukee to visit my mother’s sister Mavis. While visiting, she finally told me what I needed to know to find my biological father. I also learned he was my mother’s second husband and they had divorced before I was born. He was an abuser and an alcoholic, and she left him to get me away from him.

My mom moved to Milwaukee to find a job and give birth to me. She met and married Mr. Wiley in March 1953. My mom had my brother 9 months later. I was sent to live with my grandparents at 6 weeks old in Alabama until I was six, and that’s when I was adopted by Mr. Wiley. He did not want me to know he wasn’t my biological father, so the secrets started. I went to school in Milwaukee for kindergarten and first grade, and then we moved to Chattanooga, TN.

When I was ten, we moved to Hartselle, AL for Mr. Wiley to open a meat business. This is where my story really becomes different. When I was 15, a friend of mine and I were raped by her boss and another man. They both went to prison, but I became pregnant and my parents forced me to give up my baby. After carrying my daughter to term and taking care of her for the first two weeks of her life we bonded. Neither of us ever forgot the other. I was supposed to receive pictures of her over the years, but my parents went behind my back and I didn’t receive anything. When my daughter turned 30, she found me and we’ve been together from that day on.

After my Mr. Wiley passed and we emptied out his house and I found all of my records: my original birth certificate, marriage and divorce records from my mother’s marriage to my biological father, my adoption papers with my new last name, and their marriage certificate. I now had everything I needed to find my family.