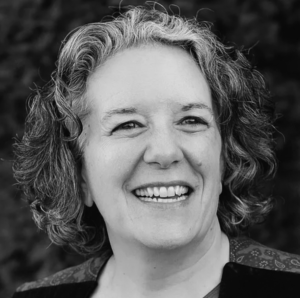 Early in 1993, my dad passed away.  A few days later, while walking in the mall with my mother, she said, “There’s something I have to tell you…”.  Long pause.  “Your father may not have been your real father.”  And thus began the journey…finding out that my biological/genetic father was a “sperm donor”.

I was 35 years old at the time and wow, did my world change in an instant.  It was a great relief initially.  All of a sudden a lot of things made sense.  We knew our dad had secrets, even asking him as he was dying what he was hiding from us.  All the innuendos, strange comments, conversations and arguments behind closed doors, not fitting into my family in a lot of ways…it all made sense!

As time went on, the journey became more difficult…so many questions.  Who am I?  Is that where this or that characteristic came from?  Who is my genetic father?  Do I have other half-siblings? On and on, you can imagine…I felt like my foundation had been knocked out from under me and I had to rebuild who I was.

So, this is the journey…having a mom, a dad, and an anonymous-biological-genetic father.  There are a lot of people who go through this journey, in their own way, in their own time, under unique circumstances.  I share the journey with my sister.  I saw a therapist for two years and he helped me see that I am a pioneer on this journey.

My parents were told by Dr. Trythall in Detroit that the sperm provider was a medical student.  I spent so many years on a wild goose chase for this elusive man, searching for physicians who had graduated in Detroit.  In actuality, he had a 9th-grade education and GED.  Then in 2014, our first half-sibling appeared on 23andme, a brother.  After delays in responding and talking to his mother, he found out that he was also conceived in Dr. Trythall’s office.  He agreed to do a Y-DNA test and again after much sleuthing, I was able to figure out who our genetic father was.

Hank had passed away, but we have had contact with his one remaining son, Steve, and other family members.  Steve knew that Hank had provided sperm for payment, and knew Dr. Trythall.  DNA testing has confirmed that Hank was our biological father.  We are fortunate that the family has welcomed us, has shared photos and family stories.  This has helped with understanding who I am and why I am who I am.

I returned to school to get an MA in Psychology in 2000.  My thesis was about the experience of sperm donor offspring.  Advocacy and sharing information about the realities of donor-conceived people became a passion.  In order to get more information out to the public, and with the hope of helping others understand the psychological components of this experience, I self-published my thesis “Sperm Donor Offspring; Identity and Other Experiences.”

Currently, in early 2022, we have 67 DNA-confirmed half-siblings in our sibling group, born between 1955-1984.  This number will continue to grow as more people do DNA tests. According to a Detroit area sperm provider I have spoken with many times, we could potentially have 3,000 siblings from Hank.  It is already difficult to keep everyone straight and overwhelming to imagine how big our known clan will grow.  It is highly unethical to have so many offspring from one person, especially in a localized area, which is the case for our group.

This isn’t a journey I have chosen, but it is my reality. We are all pioneers on this journey.