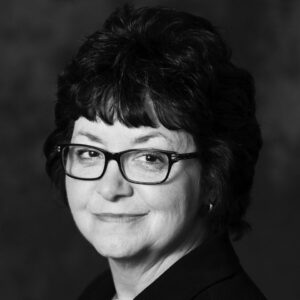 I always knew that I was adopted, as did my three younger brothers, each of us adopted as infants. On the few occasions when the topic of our adoptions came up, our parents said they knew nothing about our origins. But one day my mom let slip to my daughter that “it was big front-page news when your mom was born.” She had almost revealed the one piece of information my parents did know about my beginnings. That I’d been found on the back doorstep of a residence, estimated to be three days old, wrapped in a man’s black wool shirt and a blanket. I had not been born in a hospital.

It took my internet-savvy, genealogy-loving daughter fifteen minutes to find the archived front-page news article reporting my “foundling” beginnings. She showed it to my mom who announced, “Now we have to tell her.” That conversation happened the next day. And when she said, “You don’t tell a small child that someone left her on the doorstep,” I agreed. It wasn’t that they had intended to keep the secret forever. But they’d never made a plan as to when to tell me.

What had been mild curiosity about the details surrounding my birth suddenly exploded into an intense desire to uncover the who, the what, the why. Thanks to social media, we connected with the granddaughter of the couple who had found me on their back doorstep just after 5 a.m. on a cold November Sunday morning, more than fifty years ago. And two weeks later, we stood with her on that doorstep, mesmerized by her retelling of that day as her eight-year-old self had experienced it. Her parents had tried to adopt me, but the court system had denied their request after concluding that I needed to be placed farther from the scene of the abandonment.

With zero clues to aid our search, we turned to DNA testing. Novices where this technology was concerned, we delved into this new science by learning all we could from a kind, experienced search angel. As we waited for my test results, I felt the need to examine my motives for searching for my bio family. I had always wondered who I looked like and if I had a sister because I’d always longed for a sister. But I was not looking for a mother or a father. And I did not feel there was a hole in my life. What I did have was an overwhelming desire to let those involved know that I’d had a good life and that my story, despite its rocky beginning, had a happy ending. I understood that my appearing on the scene could be shocking, devastating, and even painful for people who never dreamed the truth would someday come calling. Still, I wanted to try to find anyone who might be wondering what happened to his/her daughter, granddaughter, sister, or niece.

The DNA test did not disappoint, but what it revealed in no way resembled the story any of us had imagined, that of a young, scared teenager, desperate to hide a pregnancy and a baby. Instead, my birth mother was 37-years-old when I was born. Divorced and the mother of two teenage sons, she lived behind the home where I was found. She had passed away 26 years ago, and apparently, took the secret of me to her grave. To say I was stunned barely scratched the surface. Shocked and dismayed summed up the reaction of the one half-brother who tested to confirm our relationship. Even so, he shared photos and details about our mother as well as lots of family history.

Several months after the bio mom confirmation, we pieced together the identity of my birth father. This second revelation left me utterly dazed and kind of numb. At the time of my birth, he was a 21-year-old married college student with two babies at home. He knew nothing of a pregnancy, let alone a baby on a doorstep. A month after my birth, he had graduated and moved his young family to a nearby state to begin his career. Now, he was very much alive and well, living in Hawaii. Without a second thought, he welcomed me into his family of three sons, one daughter, and two adopted daughters from Thailand. He invited me and my husband to Hawaii to meet him and the sister I’d always wanted, who happens to be just eleven months older than me. It was a once-in-a-lifetime vacation that then, and still today, defies description.

My paternal half-brother, just fifteen months younger than me, invited my immediate family to vacation in bio dad’s hometown in Maine, where this brother has always lived. Our in-common father, anxious to meet his grandchildren and oldest great-grandson, popped in for a visit at the same time. A second once-in-a-lifetime adventure, surrounding ourselves with family in the place where half of my roots originated. Maine stole a piece of my heart that it will always hold.

After resembling no one my entire life, I now look like everyone! My maternal brother remarked, after watching me so closely that I began to squirm, that talking with me was like talking to our mother! My mannerisms were so similar to hers, and the resemblance was quite noticeable. It gave me goosebumps to hear of the comparison. And then my birthfather announced that my face was a perfect blend of his mother’s, my paternal grandma’s, and my sister’s. One of the coolest things about finding my family has been discovering who I look like.

I regret that I’ll never meet this woman whose mannerisms I share. I’ll never hear her perspective on what happened. I’ll never have the chance to tell her I understand the decision she made in those long-ago days of a different era. I am grieved that the relationship with my maternal half-brother transitioned from a stunned yet cordial welcome to a strained connection that has become increasingly fraught with distress. I cannot dispute his conclusion that we are half-siblings by an unbelievably unique set of circumstances who have no history or shared experiences. And he cannot bring himself to allow the making of a future together.

I will forever long for the opportunity to connect with more maternal family members, but I will not insert myself into the lives of people who have no desire to be part of my life. But as secrets tend to do, this one oozed beyond my brother’s ability to keep it contained. Recent introductions proved both welcoming and soothing, offering further glimpses into the woman who gave birth to me. These kin to my mother live just one hour from me, yet ours will never be a close connection. I prod myself to be content with knowing who she was and having access to my maternal roots through the pages of history.

A whirlwind of catching up and getting acquainted all at the same time continues even after five years of being in reunion with my paternal family. How do you make up for fifty years? The short answer is you don’t. I can’t imagine the processing, or the sudden, random, raging waves of emotions, will ever end.

Reunion is an often unpredictable, frequently overwhelming, and always intriguing journey that melds the past with the present and forever changes the course of the future, creating a ripple effect that cannot be undone. Am I happy that I searched for and found my birth families? I am indeed. As difficult as it was to wrap my head around the reality, I’m glad I know the truth.