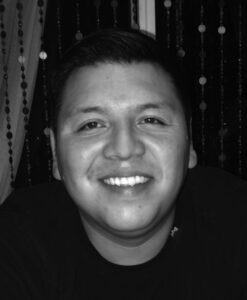 In December of 2018, my Aunt offered to send my wife and I DNA tests. She had been building the family tree and was also curious about my wife’s side of the family. We were really excited because we’d always wanted to do them to learn more about our ancestry.

Our results came in February. I was at work so I glanced through it quickly. I knew it would show I was about 50% Hispanic and the rest of my Dad’s side would be a mix of European and Syrian. I spent a minute looking for relatives it should show linked to me, but couldn’t find anyone I recognized other than my younger sister. She had taken a test a couple of years back too. This seemed a little strange since almost all of my uncles, aunts, and my Dad had all taken DNA tests as part of the family tree project.

My results showed I was Mexican 57%, Spain 25%, and tiny bits of various other things. I didn’t think too much of it at the moment and sent a screenshot of my ethnicity results and closest relatives to my sister since she was so excited to see what it showed. (Both my younger sister and brother have a different father than I). Within 5 minutes I received a call from my sister asking if I had looked at my results and asking if I knew what this all meant. I responded with “Uhhh….J isn’t my Dad?”

I was in denial that this could really be true and wasn’t sure about moving forward with searching for my biological father. I felt like if he hadn’t come looking for me after all these years, he didn’t want to know me. I also thought maybe there was some kind of error. My sister had said to me “Jason, this is science! This is how people find family.”

I sent messages to a few people on Ancestry I was related to. I was able to give my sister some information and names to start some research. She made her way through public records and social media and in a process of elimination, found who she believed to be my birth father within 48hrs.

When she found my Dad and sent me his picture, I couldn’t believe it. The resemblance was undeniable. We looked like twins besides the fact he had a mustache and a few years on me. The biggest shock was that he was friends on FB with my Mom, Aunt, and an Uncle on my Mom’s side. That night I called my Mom and asked if my sister and I could come over to talk this weekend.

When we met up with my Mom, I told her that none of the Snook’s family showed up on my DNA test and J didn’t show up as my father. She took a deep breath, nodded and said “yeah.” Before she could say anything else, my sister said “Do you know who it is, because we do!” And then she said, “Of course you do!” Lol! We gave her the name and she confirmed he had been the only other possibility.

Mom said she knew he’d want to meet me and my family for sure. She said he was a really nice guy. As it turns out, both of their families were very close family friends. My Mom and bio Dad went to the same school from K-12; they’re both from large Mexican families and lived just a few streets down from one another. Both of their parents were Godparents to each other’s children. My Mom and bio Dad remained family friends and saw one another at high school reunions and at my Grandmother’s memorial service several years ago.

She called me after she spoke to my bio Dad and gave me his number. She encouraged me to wait until at least the weekend to give their family some time to process the news. That was on a Wednesday morning. Within a few hours, my bio Dad’s wife was messaging me on FB. She was so friendly and excited to talk to us all. She was teasing me about why we hadn’t called them yet and I just replied that I was trying to be considerate and give them time. We arranged to call each other that night for the first time.

About 6 weeks later, I got to meet my bio Dad, my stepmom, two brothers along with about 60+ other new relatives over a weekend in Sacramento. Within the last year, we’ve been able to spend time together in person five times. Right away it just felt like instant family.
We bonded quickly and talked a couple of times a week and our two young boys adore them as well. Here we are over a year later and are in the process of changing our last names to Guajardo, my biological father’s last name. We’re all really excited about that!