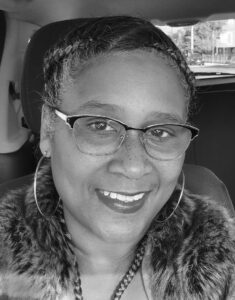 I am one of 7 children born to my mother, I’m next to the youngest, one of 4 girls and the 2nd of three daughters born to her and the man I call my father. My mother was married once before she and my father met and from that union, my three brothers were born, the oldest passed a short while after birth. She got married at 15 and then separated a few years later. After they separated, she became involved with another man and from this union, my oldest sister was born.

My mom was very young and began drinking and partying as a way to escape her abusive upbringing which is when she met her 2nd husband and my supposed father. They met in 1960 while both were married to others and my mom was living with my oldest sister’s father. Well, my mom then became pregnant again but the father was her new beau and not the man she was living with and father of her current daughter. He found out about the affair after my 2nd sister was born, put my mother out, and took legal custody of my sisters, forbidding my mother any involvement in their lives until I was 4 years old. My 2nd sister was 6 months old at that time.

So, by now, my “father” had left his 1st wife and he and my mother were starting a life together. He knew my sister was his but the man my mother was with was a dangerous man and it is believed, went to his grave never knowing my 2nd sister was not his biological daughter. So, my mother and father lived together with my two brothers and in 1966, me. My father was a good provider. He gave my brothers their first jobs, taught them how to work, and how to make money as men. My mom never had to work again and he gave her and us anything we wanted and needed.

My mother was a stay-at-home mother, kept a meticulous home, and raised us. In 1968 my youngest sister was born to my mother and father, she looked just like my father. During their time together, my mother and father drank and fought. My brothers were the mediators while they were home but soon left as they were much older than us. This left the job of mediator and protector to me. Infidelity was a common theme in the arguments on both sides, and fights were aplenty.

One common topic was about a child that was not my father’s. I was a daddy’s girl for as long as I can remember, he was everything to me. He was the first man I loved, the first man I mourned, and the only father I have ever known. I essentially went from being the oldest sister to a middle sister when I was 4 years old and met my older sisters for the first time. We all had different last names. The boys were named after their father, my older sisters were named after my oldest sister’s father and me and my youngest sister were named after my brother’s father because as my mom always told us, in the 60s we had to take his last name and because was still legally married until 1971 when she married my father.

Now, while all of this was going on, I had a problem because I felt like I stood out like a sore thumb. I didn’t look like anyone. I had an olive complexion, an exotic look, and jet black

curly wavy hair. No one around me looked like me. My father and mother doted on my baby sister and I was sure it was because I was adopted. I often cried about this and I was always told I wasn’t and I shouldn’t feel this way.

One reason I really felt that way was because my mom had told me when she was pregnant with me, she and my father were going to have an abortion because my mom just didn’t want any more kids. I was three years old when she told me this. So, I always believed I wasn’t lovable and because my father didn’t interact with me like he did my sister, I thought that was a valid assumption.

Not to mention, people were always saying that I didn’t look like my family or I wasn’t black. I was told very young in life that if asked, I should say I am black because my mom is black. I was very pretty from birth and extremely smart so I really stood out in various ways. I developed physically early, I talked way faster than anyone around me. I was just different. As I grew, I continued to stand out. I was always chasing my father for his affections and feeling like I wasn’t loved because I was just too different.

Mind you, it was always in my head about the child that wasn’t his. Maybe it was me, after all I just didn’t fit in. My older and younger sisters were looking more and more alike, just like daddy and his family. All I got was that I looked like a great grandmother, that I had NEVER seen and her son. I had seen him but aside from the hair, there was absolutely no resemblance.. The older I got, I was feeling more separated from my family, I started looking for the love I didn’t get from daddy, and wondered what was wrong with me.

In my teens after the birth of my first child and after my father completely rejected me, I just accepted I was the issue and probably either adopted or maybe I was the one not his. This continued to be affirmed by most of the people I interacted with. My parents divorced in my twenties, and my father divorced me too. That was it. I was convinced I was not his daughter and now he didn’t have to pretend anymore.

I lived my life with my first husband from 18 and now six children in a way that reflected my hurt and anguish. There was a secret being kept; I was the secret being kept. I accepted that I wasn’t my daddy’s, I tried everything I could think of to get the truth, including asking my mom at some point. She finally point-blank told me she was sorry I felt I had the right to know, but she was not going to tell me—maybe one day but not then. She died without ever telling me and knowing I was searching for answers.

My father passed away in 2000 from lung cancer and we closed out our relationship as father and daughter with my mother being extremely about our interaction. I could not understand why. In 2014 my mom was diagnosed with lung cancer. And, in 2015 I took my first DNA test. It verified what I dreaded most, daddy was not my father. Mom was dying, had refused to tell me the truth, and I had no clue as to who was my bio father.

My results showed I had a plethora of Hispanic relatives, mostly 3rd cousins and beyond. Two months before my mom passed in 2016, I had been working with a genealogist and we had

determined my father was Puerto Rican but we couldn’t figure out who he was. By now, I had taken another DNA test and found a first cousin once removed on my paternal side and one from my first test. Both gave me whatever info they could/would and then stopped.

We finally confirmed who my paternal grandparents were but couldn’t find any confirmation as to who my father was, if the possibilities had ever lived in Philadelphia, or even if we had the right people as children. Matches were extremely reluctant to talk to me. Eventually, I had a distant cousin willing to help me and he gave me to another paternal cousin who thought he knew someone who could help.

I did a sibling test with an 80-year-old man who thought he knew my mom and that he remembered my mom and his dad being a thing. We were only cousins. Fast forward to almost three months ago, I made contact with another first cousin once removed, a sister to one of the original first cousin, and it took off from there.

After much rejection from people on my maternal and paternal sides, I have now been welcomed, embraced and apologized to by some paternal, cousins, aunts, uncle and I am currently awaiting the results of a DNA test from someone who may be my half brother or first cousin. The scenario is that his father and mother lived in Philly during the same time as my mom and in the same area. He too was a drinker. He was also married as well. Fortunately, his only living brother is still alive and willing to speak to me once the results are in. The best case scenario is that my search is over this month when the results are in and my Tio knows the truth—he is my father. Either way, I am just looking forward to closing this gaping wound that abides in me by knowing my biological father’s name, getting my medical history, and possibly getting to know my new relatives.