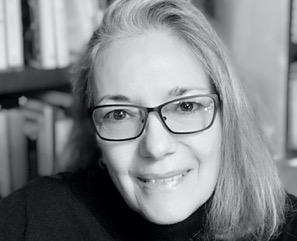 When I discovered in 2015 that I was an NPE, I was already no stranger to the experience of having an unknown parent. I’d never known the mother who—nine months after I was born, when she was only 22—left me and my brother with my father and never looked back. My father adopted my brother, who was born more than a year before my parents met, conceived during an affair my mother had had at 17 with an older married man. I knew from the start about shame and longing and rejection. I knew already about the oppression of the unknown. I knew about the compulsion to search for the truth and, from my earliest years, the certainty that learning where I came from and what I was made of was somehow essential.

I yearned to know who my absent mother was and why she wasn’t in my life. I never stopped wondering if I might be like her in some meaningful way, if I looked like her, and if my life might have been different had she stayed. Endlessly preoccupied by her, I’d watch mothers and daughters, noticing how they walked in lockstep, carrying themselves in the same way. I was fascinated by, and envious of, the way their expressions mirrored one another and how they spoke with the same speech patterns and cadences. I was desperate to know what part of me came from my mother and whether I spoke like her and moved like her. I wanted to know if my crooked smile was hers. I couldn’t have imagined that one day I’d have the same longing about another mysterious figure in my life.

My father raised me with an abundance of love and kindness, but I always felt misplaced in his Russian-Jewish immigrant family. Their coldness and melancholy kept me at arm’s length, and their culture and religion didn’t resonate for me. I adored my father, but he and I were polar opposites and seemed to have nothing in common except our dark curly hair. I couldn’t explain it, and didn’t understand it myself, but I never felt I belonged, despite all the love and care. I assumed my discomfort within the family and that sense of displacement was bound to grief over my absent mother. And I rationalized that I was so different from everyone in the family because I took after her. She was my missing piece.

Growing up, I knew almost nothing about my mother or her family. No one talked about her, and, sensing it was a painful topic for our father, my brother and I did our best not to ask too much, not to press that bruise, so she remained a mystery. As a child, and even as an adult, I never knew how to answer the questions that were posed to me again and again from each new friend, teacher, doctor: “Who’s your mother?” “What kind of woman leaves her children?” “Is she dead?”

Finally, in 2008, I was able to answer at least that last question, when, while looking for someone else in the Social Security Death Index, I found a listing for my mother indicating that she’d died three years previously in Florida. I’m not sure I ever really expected I’d find her. And of course, although I’d known it was possible she’d died, even likely, it was something I’d never imagined. I was stunned and saddened that I hadn’t tried harder to find her while she was alive, although I knew I’d done all I could.

Within minutes of finding my mother listed in the death index, I discovered her obituary and was dumbfounded to read that she’d been survived by six children. I had three brothers and three sisters! I wondered if I’d have had any better luck finding them than I had my mother, and there was no question I’d search as fervently for them as I had for her. But it took only seconds to be overwhelmed by apprehension and anticipation of rejection and regret. If I couldn’t find them, I’d be consumed by a new yearning. And, maybe worse, if I found them and they wouldn’t accept me, I’d be shattered.

I’d already grappled with the frustration of having an unknown sibling. My parents had briefly rekindled their relationship just as their divorce was being finalized. It lasted only weeks and she was gone again. Some months later, she called my father with the news that she was pregnant with his child. She asked him to sign papers allowing her to relinquish the baby for adoption. Throughout all the years I searched for my mother and wondered about her, I searched for and wondered about that sister as well. But these were the years before the Internet, before DNA testing.

As soon as I had my mother’s obituary in hand, I Googled and researched in every way I could, but my new brothers and sisters hadn’t left much of a digital footprint. Finally, I found an email address for the oldest of my mother’s children. I dithered over what to do with it. Should I contact her? Did they know about me? Did I have the right? Would I upset her? Yes, I concluded, I had the right to know who my mother was. Perhaps by reaching out I’d upset my siblings and reveal a secret my mother might have taken to the grave, but then again, perhaps they’d be happy to have a new sister. As it turned out, they were thrilled. My mother had never told them about her first family, and it was distressing for them to know she’d kept so big a secret and to realize how little they really knew about her. Still, they were warm and welcoming and at once felt like family. I’d found some of my missing pieces, and it seemed as if I’d always known them. I couldn’t imagine that I might have gone forward in life without ever having discovered them.

Since we lived a thousand miles apart, it wasn’t easy to spend time together, but we began to gather each year on Labor Day weekends and tried to make up for lost time. Inevitably, our conversations turned to our mother, and we speculated about her life and her choices. At the first reunion, one of my sisters-in-law suggested that my siblings might not have had the same father because there wasn’t a great deal of resemblance among them. It was possible, but I didn’t give it much because many siblings don’t look alike. But the notion was raised at every subsequent gathering until finally I began to wonder, was it possible that my father wasn’t my father? It couldn’t be. But then again, we didn’t look alike. We weren’t alike in any way. Oddly, the thought excited me. And even though I didn’t really believe we could be unrelated, I couldn’t stop thinking about it. I had to know. I asked my father if he’d take a DNA test, for genealogical purposes. He’d offered previously, thinking it might help me find the daughter that had been adopted, but that hadn’t been necessary. That in itself was a sign that he was, of course, my father.

When the test results came in, I was surprised to find myself hoping for a shock. My feelings made no sense and they rattled me. I felt ashamed and guilty and ungrateful to even imagine that the man who’d been the best father I could imagine was actually not mine. I tried to tamp the feelings, but the more I thought about it, the more a DNA surprise would make sense of my lifelong feelings of alienation and displacement. I clicked on his results to see that his closest match was his first cousin. There where my name should have been was hers. His ethnicity report indicated that he had 100% Eastern European Jewish DNA. I had none. I never told him, and I’ll never know if he knew or suspected. He was 90 years old, and I’d been the light of his life. What purpose would it have served to share this news?

I knew my mother’s family was British, so her contribution to my DNA—English, Irish, and Scottish—was no surprise. But the 48% Italian was jaw-dropping. I was suddenly Sicilian. And, once again, I had an unknown parent and a new mystery to solve. I began to understand my lifelong affinity to adoptees. Like them, I’ve never known either of the people who bequeathed me their genes. I’ve never seen either of their faces. Still, I was elated by the results. Knowing the truth, I felt a peace I’d never known and a certainty that everything that came before now made sense.

When I discovered my own NPE status, I checked one of my new sisters’ DNA test results, wondering if her father might be mine. What I discovered instead was that the man she believed to be her father was unrelated to her. My appearance in her life had forever changed what she thought she knew about her mother, and now I would be delivering the news that her father wasn’t her father. I’d already taken so much from her, the least I could do was to help her solve this new mystery.

I knew nothing about genetic genealogy but quickly moved up the learning curve, trying to figure out the identity of three fathers: mine, my sister’s, and my brother’s. I found my brother’s fairly quickly, and my sister’s after a great deal of tree-building, but mine remained a mystery for 18 months, during which everything else in life receded and I obsessed over my quest, spending every free moment madly building trees. Just when I was convinced I’d never know who my father was, all the puzzle pieces fell in place. Unfortunately, the man whose genes I carry died nearly 20 years earlier, not more than 30 miles from where I lived at the time. But I was able to meet cousins on both sides of his family who were kind and welcoming. They gave me photographs of my Sicilian great-grandparents, my beautiful grandmother who died giving birth to my father, and, finally, my father, whose face was my face. Finally, I knew where I got my crooked smile.

A few years later, I checked my phone one morning to find a message from My Heritage, telling me I had a close family match. It was the sister I’d been looking for most of my life. The man who raised me was not her father either. I had a new father to find.