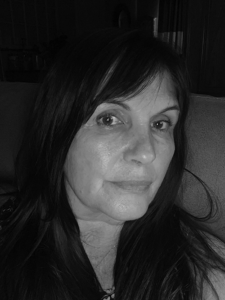 My mother was married to my dad Joseph for 16 years. During that time, seven children were born. I was number six. I grew up hearing stories of how my youngest sister didn’t belong to our father. Later as an adult, I found out this was because he’d had a vasectomy after I was born. Five years late my sister, baby number seven came along.

Two years after my sister was born, Joseph and my mom divorced. He remarried and then disappeared, nowhere to be found. His new wife had an ex-husband who was looking for her and their two children. Three years after my dad left, my mother received a call telling her the phone number of how to her ex-husband. We were living in Indiana at the time and my dad Joseph was in New Mexico. We all reconnected and I forgave him for what he had done. We built a great relationship together.

I found out over the years that my dad knew his youngest daughter wasn’t his. He also suspected that the twin boys born before me were not his as well. But, he never thought I wasn’t his. I asked him many times.

Fast forward to 2010 my dad was in kidney failure. He was going on dialysis. I told him I wanted to donate a kidney. He said no at the time, but a few months later asked me if I was serious about giving him a kidney. I told him I don’t joke about giving away body parts. I was living in Texas and drove to the University of New Mexico to let them know I wanted to be a donor. Six months later I successfully donated my kidney and everything went great.

A year after that surgery, I did an over-the-counter DNA test (for me and my daughters) but didn’t have any close matches. I wasn’t very experienced at what I was looking at. I knew my maternal grandfather was adopted and that there would be some matches I wouldn’t recognize. I noticed a couple of matches that appeared to match me on my paternal side as 4th to 6th cousins. I thought this was confirmation that Joseph was my biological father. I eventually asked my dad to do an over-the-counter DNA test and he agreed. I highly anticipated the results because I thought it would dive deeper into his family tree because we knew so little about his side of the family. In 2014 When the results came in, I clicked on them and to my surprise, I wasn’t listed as his child and daughters didn’t show up as his grandchildren. I just knew ancestry had made a mistake – I even called them. They told me that he was not my biological father.

When I finally understood the truth, Joseph was not feeling and I didn’t have the heart to tell him he wasn’t my biological father. He passed away seven months later from a septic infection. My mother had passed away in 2013. I had nobody to turn to who would have any information about who my biological father could be. I searched my matches and started to create a new family tree for myself. It took three and a half yrs search of searching before I found my biological father.

Searching wasn’t easy. I only had only my DNA matches to go on and didn’t have any close matches. In February 2017 a second cousin match appeared. He immediately contacted me wanting to know who I was. I told him my story and he and his wife were more than willing to help me. We figured out that one of my grandparents must have been a sibling of his grandfather. There were four siblings, one sister died young without any children, another married at 40 years old with no children, so that left a sister and a brother.

I was able to find out the sister had a son who was still alive and I got ahold of his daughter Maggie. She was excited at the prospect that I could be her half-sister and willingly did a DNA test but she too came out as a second cousin match. That left one last possible person and he had only one son who was married and had no children. We all thought he was my father. But I really wanted confirmation that it was him. So, I found a half-niece through his mother and called her to ask if she would do a DNA test. She was an older woman and after I told her my story she said she really didn’t think he could be my father and would DNA test to prove she was right. I was sure he must have had an illegitimate son nobody knew about.

In July 2017 to my surprise, a half-sibling match showed up. I was sure she would have the answers I was looking for. But no, she had a misattributed parentage experience just like me. Her mother was married and passed away when she was nine years old and her father had raised her. It wasn’t until at the age of 18 family members started telling her that the man raising her wasn’t her real father. They told her that her biological father was a man named a Bill Stewart was her father but she didn’t believe them. later, her husband made her do a DNA test and she found me! I was excited to have a possible name: Bill Stewart. At one time, he’d been a neighbor of theirs. Now I had a half-sister helping me in my search for our father.

I knew we were related to a Stewart family because of the tree I had made of my DNA matches. I had a second cousin match the Johnson Family. The man who I suspected had an illegitimate son nobody knew about was William Cecil Johnson and the possible father’s name was Bill Stewart. It took a lot of detective work and searching ancestry but on Nov 18, 2017 I found the birth certificate of an illegitimate son William Cecil Stewart born to Mary Helen Stewart and William Cecil Johnson. I was able to find a first cousin of Bill Stewart’s who had a tree on Ancestry and she confirmed the story about her Aunt having had an illegitimate son with William Johnson. She did a DNA test so we could confirm our connection and she matched accordingly. She was so excited to learn about my half-sister and me and gave us a lot of pictures of our dad. To finally see someone I resemble was so exhilarating.

Unfortunately, Bill Stewart had passed away in 1993 and so did his father. His mother had passed away when he was just three years old. I was able to find his ex-wife and talk to her. She confirmed he knew about my half-sister but not about me. This June 2018 my sister and I had a reunion with all these new family members and it was so exciting to have both the Stewart and Johnson families unite for this occasion. My sister and I were welcomed with open arms.